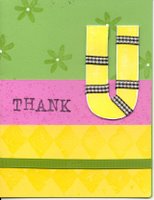 For although they knew God, they neither glorified Him as God nor gave thanks to Him, but their thinking became futile and their foolish hearts were darkened. Although they claimed to be wise, they became fools. Romans 1:21-22
The other day, on a short break from work, I ran home to get my wedding ring. I took it off while working on the computer but forgot to put it back on my hand. I felt naked without it. When I tried to get to my house, workman digging up the street blocked the road. I drove all the way around the island only to discover that I still could not reach my driveway. Annoyed and pressed for time, I parked on the roadside and marched home. Trucks blocked my gate, so I skirted past them and went inside without saying anything. One of the men called out as I passed, “I didn’t do it, he did,” which I guessed was meant as an apology, but I just kept on walking. I was too angry to say anything at all. When I came back out, retracing my steps, another man offered an excuse and said that they were almost done. I just replied, “Good,” and kept on walking. As I got to my car and began to drive away, I heard God say, “You didn’t thank them for their work.” What? They inconvenienced me, took extra time and then, were flippant about it. Why should I thank them? Besides they aren’t working to fix my water line, but that of my neighbor. I have water. “But, next time it might be you. And besides, no one ever thanks them for the hard work that they do. Go back and thank them.” Sigh. I thought, “I bet they are going to think I am crazy for coming all the way back to say, ‘Thank you’.” I got out of my car, walked down the street and said that I realized I had not thanked them for their work. I wanted them to know how much we appreciated it. All of a sudden I had four new friends. They wanted to talk about my dog and my horse and my very neat electric gate opener. I was later than ever when I got back to my car, but I was no longer annoyed. Instead, my contrite heart realized how close I had come to ignoring the important work of those laborers. I also thought about how often I do the same thing to God. When I open my eyes in the morning, I neglect to thank him for a good night’s sleep and another day of life. I throw up my prayer requests and head off to work and fail to see His Hand throughout my day. I go to bed and do not recall all the miracles great and small that came my way. These verses in Romans say that we are not just ungrateful when we fail to thank God and glorify Him, but we are fools. When was the last time you told God, “Thank You?” Don’t be a fool, make a list right now, stop and tell Him how much you appreciate His blessings to you.