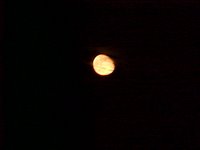 Men swear by someone greater than themselves, and the oath confirms what is said and puts an end to all argument. Because God wanted to make the unchanging nature of His purpose very clear to the heirs of what was promised, He confirmed it with an oath. Hebrews 6:16-17 (NIV)

I do not like to get out of bed, but, one of the advantages to being up before the crack of dawn to feed horses and drive children to school is the opportunity to see the night sky. The stars and planets are brilliant just before dawn. I feel like God sets aside an extra special viewing as a reward for the people who can drag themselves up to see it. Wherever I look, I see designs and patterns that make me think of stories told long ago. I don’t know much about the stars or constellations, but I have a friend who does. Once, I called him to ask about a particularly bright light that I saw at the same time each morning. All I had to say was “Southeast, low on the horizon about 6:30 A.M.,” and he responded quickly and simply, “Venus.” While the show is always there, it is a changing one impacted by season and time of month. Have you ever noticed how the moon changes color during the year? In the winter, it shines an icy blue through the cold air, and spring brings a warmer tone of butter. The fall moon or harvest moon is my favorite. It glows pumpkin orange low on the horizon. Particularly at the time of its fullest, even a sleepyhead finds it hard to ignore its beauty. The moon’s color and shape may change, but it always reminds me of our common Creator. Amazing that the same God who made it, made me! In days gone by, and I supposed some places still today, common practice was to assert your truthfulness by swearing on the moon. It seems an odd thing to me, as if to say, “If you don’t believe me, ask the moon. He’ll tell you that I am not lying.” But, that custom of looking for something bigger than ourselves to confirm our honesty, is exactly what this verse is refers to. When God wanted to make a covenant with the people He loved, a promise to always care for them, have a relationship with them and be there for them, He sealed it with an oath, not on a planet or star, but on Himself. Because there is None greater than Him. That promise, made thousands of years ago to Abraham is unchanging and just as valid to us, His children today, as it was then. Sometimes, just as if we are the only one standing underneath that vast night sky, we may not feel His love, His voice may not be clear to us, and we seem lost and alone. However, while the moon’s color or shape may change as it makes it circuit through the night sky each evening, God is always there, always faithful and always loving even if He seems invisible. No matter how dark your circumstances are right now, He is there. He keeps the moon in orbit and has you in the palm of His Hand as well.