As a mom, I will always think my boys are “my babies.” I still desire to protect and nurture them just as I did when they were helpless newborns. And even though I am proud of the young men they have become, I always think to myself, “he is growing up,” never, ‘he is grown up.” Despite keeping my face to the past, youngest son will turn twenty in March. Several things that happened this week have me looking at him in a new light. I may have to change my opinion of him. On Wednesday, we went with him to a benefit for a firefighter who had been injured on the job. As we waited for our meal, I saw him standing with his fellow firefighters, talking and laughing. There he was mixed in this group of men holding his own in the conversation, obviously well liked by his comrades. When did he get so tall and strong? I told husband, “I think he is all grown up.” Husband replied, “Almost.” The next day, he told us that he has applied and been accepted for a summer job back at the Boy Scout camp in Virginia where he worked while in High School. My first thought was “How did you apply?” because in the past, he brought all his applications to me to type for him as his handwriting is so poor. And then, I faxed and mailed them for him. He did it all without my help this time. When did he learn how to do that on his own? His reasoning for going back there to work this summer is he figures this is his last chance to do that. After this summer, he will be done with school and looking for a full time job. Then, he will be tied to only two weeks vacation. He is resigned to that responsibility of adulthood, but wants one more summer to play. When did he accept this mantle of maturity? That same day, he went to the Division of Motor Vehicles to get his motorcycle permit. “I had to wait two hours!” he exclaimed. “What did you do while waiting?” I asked thinking he fumed and railed against the clock. “I went next door to AAA and read travel magazines,” he replied. Where did my boy go who insisted on having his own way right NOW? Last night, he told us he would be home all day today. He wasn’t going to the beach with his friends; he had laundry to do and needed to clean his room. Pardon? Did I hear you correctly? The boy I knew never did any of that without a lot of yelling and screaming. By me. Then, he told husband, “I’ll help you move that refrigerator tomorrow if you want.” I almost fainted. These demonstrations of maturity are so amazing to me. Despite it all, he will always be “my little boy.” Even if he is a head taller than me. 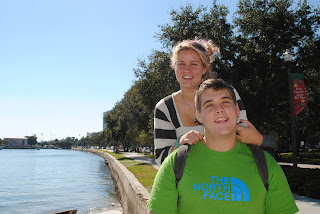