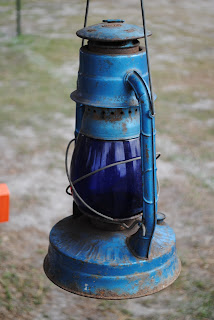 Very early in the morning, while it was still dark, Jesus got up, left the house and went off to a solitary place, where he prayed.  Mark 1:35 (NIV)

I was born and raised a Southern Baptist. Except for a few years early in our marriage when we attended a Disciples of Christ church seeking our own identity as a couple, husband has been too. In fact, we met in the church nursery of a Southern Baptist Church grew up singing Sunbeam songs and learning memory verses in R.A.’s (Royal Ambassadors) for husband and G.A.’s (Girl’s Auxiliary) for me . Summers were spent in Vacation Bible School where our moms were leaders and our dads served side by side as Deacons. Our first date was on a youth mission trip, and our first kiss on the back pew of the worship center. While the Southern Baptist Church has its rituals and observances, including glorious musicals, the Lord’s Supper, Baptism by immersion and fantastic church covered dish suppers, the pomp and pageantry of the Liturgical Church was foreign to me. While Southern Baptists will occasionally have Maundy Thursday services, the night of Christ’s passion and crucifixion, the church calendar was limited to Christmas and Easter. As a result, I never understood the meaning of Lent. As I have aged and my circle of friends expanded, I have come to know more about the significance of Lent, but resorted to Wikipedia for a real explanation of its history and traditions. (Let the historian in me qualify that I am not an advocate of relying solely on Wikipedia knowing that it has many flaws including that anyone can write or edit a listing, but when you want a basic definition of something, Wikipedia has merit). So, here are some quotes from the Wikipedia listing on Lent that I found intriguing:

“Lent in the Christian tradition, is the period of the liturgical year leading up to Easter. Lent is a time of sacrifice for Jesus. The traditional purpose of Lent is the preparation of the believer — through prayer, repentance, almsgiving and self-denial — for the annual commemoration during Holy Week of the Death and Resurrection of Jesus, which recalls the events linked to the Passion of Christ and culminates in Easter, the celebration of the Resurrection of Jesus Christ. Most followers of Western Christianity observe Lent beginning on Ash Wednesday and concluding on Holy Saturday. There are traditionally forty days in Lent which are marked by fasting, both from foods and festivities, and by other acts of penance. The three traditional practices to be taken up with renewed vigor during Lent are prayer (justice towards God), fasting (justice towards self), and almsgiving (justice towards neighbor). Today, some people give up a vice of theirs, add something that will bring them closer to God, and often give the time or money spent doing that to charitable purposes or organizations. Lenten practices (as well as various other liturgical practices) are more common in Protestant circles than they once were. Many modern Protestants consider the observation of Lent to be a choice, rather than an obligation. They may decide to give up a favorite food or drink (e.g. chocolate, alcohol) or activity (e.g., going to the movies, playing video games, etc.) for Lent, or they may instead take on a Lenten discipline such as devotions, volunteering for charity work, and so on.”

While I know some people who give up chocolate or movies for Lent and think that they are being very religious, I like the fact that Lent can serve as a time for deeper reflection on Who God is and what Jesus did for us at Easter. These days, I find much of my time spent racing from one obligation to another. The concept of giving up something as a reminder to pray or in order to find more time to spend in contemplation appeals to me. And so, I have decided that for Lent this year, this Southern Baptist girl is temporarily giving up blogging. I want to make it clear, that I am not doing this to earn a place in heaven or to gain points with God.  Christianity is (well, it should be) all about grace, the gift God gives me simply because He loves me.  And you as well.  But, I believe that the time that I spend thinking of these posts and putting together words that make sense could be used in a better way for the next few weeks. I will be back, but I hope that abandoning you for the next forty days will instill in me an opportunity to become closer to God and to spend my time doing something that will make a difference for His Kingdom. For when you really think about it, we are only “lent” a little time on this earth. And I want to make sure I am investing it wisely. See you at Easter!

PS For those of you who enjoy seeing the Bible verses I post here, you can always access the verse of the day from http://www.biblegateway.com/

“He has saved us and called us to a holy life—not because of anything we have done but because of his own purpose and grace. This grace was given us in Christ Jesus before the beginning of time,” – 2 Timothy 1:9