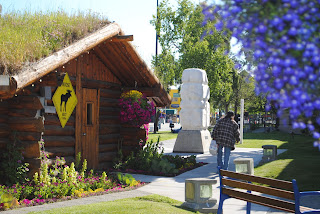 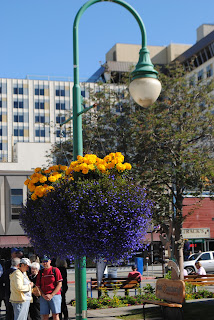 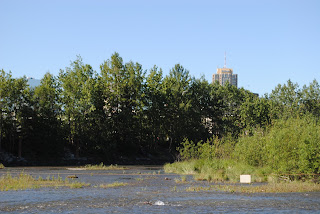 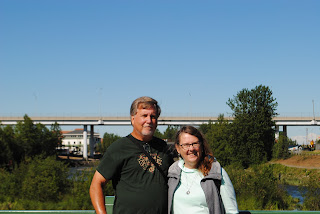 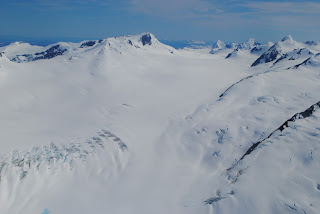 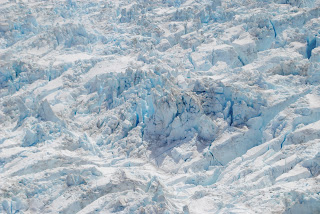 Our first impression of Anchorage was green.  Startling green after flying over deep, blue glaciers and cold, snow covered mountains.  Flying into Anchorage, the terrain changed dramatically to cultivated fields, forests of spruce and pine, lakes and bays filled with fishing boats and a thriving city of 300,950 people.   Tall buildings (many for oil companies), a large convention center, a four story mall, and a bustling airport help to make Anchorage a modern city.  In our minds, we expected to fly into a dark, gloomy wilderness.  In reality, we found a bright, sunny city much like home.  Our city, Bradenton, prides itself on being the “friendly city”.  That nickname was adopted almost 100 years ago by tourism officials, but is still used today.  We do try to make our city one that is welcoming to tourists and though we groan about the snowbirds and the delays that they cause, we also know that they contribute to our economy and there are a lot of other places that they could chose to spend their money.   Anchorage, a city whose tourist season is opposite of ours, is also a “friendly city”.  We met so many kind and welcoming people there.  The staff at our hotel worked hard to make sure we were comfortable and had everything we needed.  From a hot breakfast each morning to a shuttle return to the hotel late at night, we lacked for nothing.  Once, when we got off the regular shuttle route, they even sent a cab to pick us up and paid for the fare!  The people downtown were eager to please as well.  At the visitor’s center, museums, shops, and restaurants, we felt like we were at a family reunion as they asked us where we came from and shared stories about how they ended up in “the last frontier-Alaska”.  Another surprise was how many people were born and raised in Alaska, many of second or even more generations.    Some, married a native Alaskan, and when their spouse longed to return home, found themselves in the land of winter.   They didn’t let the climate dictate their attitude, however.  Despite our fatigue from a long airplane flight and inability to keep up with the time change, they were inviting and gracious.  I learned a lot about hospitality from the Alaskans starting with the need for kindness.  Because of their welcoming spirits, we want to go back and spend more time.  The same should be said about our churches.  In the darkness of this world, we should be a light inviting people to come in regardless of where they come from or who they are.