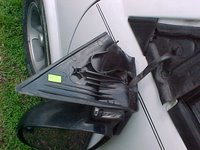 O LORD, you have searched me and you know me. You know when I sit and when I rise; You perceive my thoughts from afar. You discern my going out and my lying down; You are familiar with all my ways. Psalm 139:1-3

I am not a very good driver. In driver’s education, the instructor told me I had poor depth perception. I think he was nervous when he took me out to drive. I know I made my dad anxious. The first time I went out with him, I ran over an electrical transformer. It was hit that or go over the seawall. Dad knew the president of the electrical company so could get the transformer fixed. Towing the car out of the bay would have been another story altogether. Then, he signed me up for driver’s education. I wonder if Glen if knew what a bad driver I was, but it is good to be married to the auto parts man. Recently, I backed right into one of my employees’ truck. I saw it was there when I parked, but by the time I came back, I had forgotten about it. I ran right into it, no excuses. I considered just driving away, but knew that it wasn’t right. Besides, someone might have seen me! Ordinarily, he is a guy who would get really angry about something like that. Fortunately, I am his boss so he didn’t yell. Glen had to order a new tailgate and thankfully, the body shop manager repaired it for free. It is good to have friends who are body shop managers. Today, I was backing down the driveway where I keep Trucker. I was trying to maneuver around someone else’s truck. I saw I was getting close to the fence and was being careful. I got distracted when the sagging electrical fence caught on my mirror. I stopped to pull it off, watched it carefully and hit a post instead. It pulled my mirror off. I thought long and hard to figure out if there was a way to fix it myself without having to tell Glen. He had just spent $400 on someone else’s tailgate, after all. I looked in the garage for some gorilla glue but we didn’t have any. I thought I might be able to stick it on for a while. At least until Glen forgot about the tailgate. But, we didn’t have any. My friend suggested going to the auto parts store for epoxy. But, Glen’s friend owns the auto parts store. I gave up trying to hide it from him and called to tell him. He wasn’t too mad. Sometimes, we try to play that same game with God. We recognize we have done wrong, but our first instinct is to try and cover it up. If I can just fix it or do something to make it right, or if I pretend like it didn’t happen, maybe He won’t notice that it was I. But, God sees all and knows all. He knows us better than anyone. There is no sense hiding. Thankfully, He is a forgiving God ready to accept true repentance and sorrow. Go ahead and tell Him what you have done. He knows already anyway.

« Dry and Weary Land
Done What She Could »