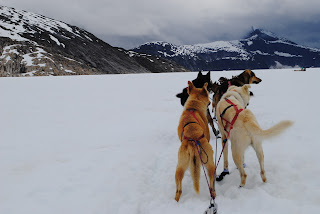 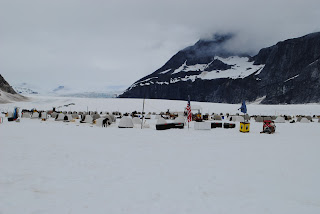 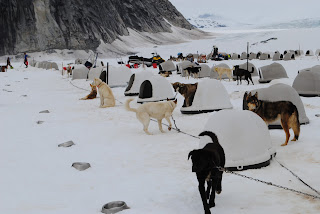 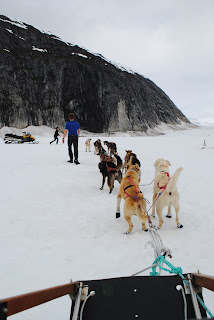 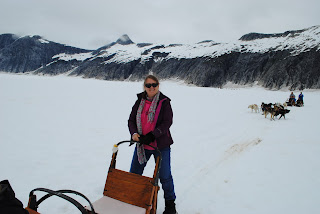 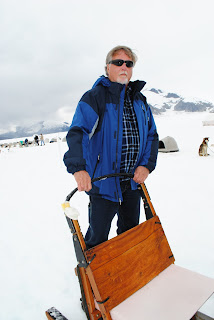 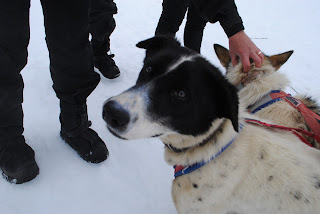 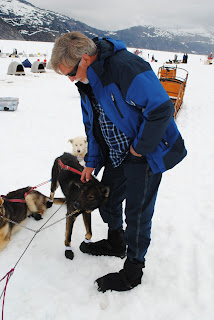 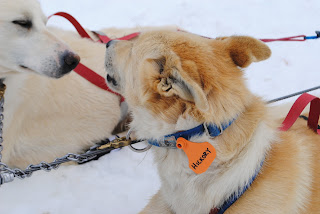 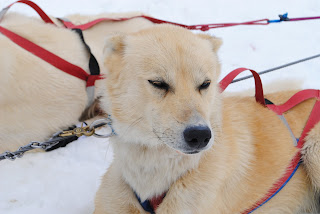 Always to pray and not lose heart.  Luke 8:1

The highlight of our trip to Alaska was a dog sled ride on Norris Glacier outside of Juneau.  We anticipated it for months, ever since we booked our cruise.  But, when we got to Juneau, we were told that our tour was cancelled due to fog and bad weather.  I was SO disappointed and upset.  Husband, bless him, went off in search of another tour operator among the many booths lined up on the dock and found Tara who promised she could get us a different tour on a glacier that was not fogged in.  While she made some phone calls, husband and I went on a pedicab ride (bicycle designed to carry a rider plus two people) around Juneau with Colin, who though not a Juneau native knew a lot about the town since he is married to a native.  He was so pleasant and friendly as was Tara, that I was distracted from thoughts of a potential disappointment.  We were almost done with our tour when my phone rang and Tara informed us that if we could get back to the dock right away, she could get us on a dog sled trip.  Colin sped back to the dock; we paid Tara, jumped on a bus and were off to dog sled all the while I was thanking God and husband!  To get there, we flew on a helicopter because there are no roads to the glacier.  From a distance, we spied dog sized igloos that we thought were rocks.  As we neared the ground, we saw several canvas tents for humans and almost 150 dogs secured in front of their igloo shaped dog houses.  When we landed, the dogs went crazy, barking and jumping at the end of their chains.  It was obvious they were ready to run.  We had a quick lesson in riding on the back of the sled, were divided into small groups and then, went to meet our team and driver.    Each team consists of between eleven and fifteen dogs.  We were surprised to find that the dogs are not purebred huskies.  Instead, they are mixed breeds, generically called Alaskan Sled Dogs.  They are chosen for their work based upon physic and temperament.   They didn’t look at all like what we envisioned, but those dogs could run!  Once we were all settled into the sled, our driver asked a simple question, “Ready?” and off we went gliding over the snow.  When running, the dogs did not make a sound.  All we heard was a shushing noise as the blades of the sled cut through the snow.  It was so quiet and peaceful.  Every once in a while, our driver would call out, “Hickory, pick it up!” or “Kenai, leave it!” speaking to a dog who was not pulling their share of the load or was distracted.  From my vantage point, it looked like they were all working towards one goal, but our driver could tell if someone was slacking or not paying attention.  We stopped periodically to give each person in our group a turn to experience the back of the sled and have the opportunity to drive before our ride was over.    Once done, we had a chance to pet and play with the dogs who acted like pet dogs once they were done with their job.  We were having such a good time that we were not at all ready to leave when it was time to board the helicopters again, but we left grateful for persistence and reminded of the story Jesus tells to illustrate prayer.

And he told them a parable to the effect that they ought always to pray and not lose heart.  He said, “In a certain city there was a judge who neither feared God nor respected man.  And there was a widow in that city who kept coming to him and saying, ‘Give me justice against my adversary.’  For a while he refused, but afterward he said to himself, ‘Though I neither fear God nor respect man,  yet because this widow keeps bothering me, I will give her justice, so that she will not beat me down by her continual coming.’”  And the Lord said, “Hear what the unrighteous judge says. And will not God give justice to his elect, who cry to him day and night? Will he delay long over them?  I tell you, he will give justice to them speedily. Nevertheless, when the Son of Man comes, will he find faith on earth?”  Luke 8:1-8